From youth to adulthood, strength and conditioning programs are a fundamental part of developing your athleticism, physical health and wellbeing. More research is being done that shows how training should begin as early as a child starts playing organized sports. This is typically around the ages 7 or 8. Some of the main benefits of strength and conditioning programs are increased strength, speed, and agility and it reduces the chances of sustaining an injury.

Most people wonder if strength training at a young age will stunt or hinder a person’s growth rate. There hasn’t been any evidence to prove this theory to be true. It’s just a myth. However, there are different stages of training youth athletes and there’s no need to rush into training with heavy weights. During the early stages of a person’s training exercises should be selected with the intent to teach certain functional movement patterns, like squatting, lunging and hinging.

The best age to start serious weight training is between 10 and 15 years old. Everyone has a different growth trajectory based on their genetics and the time that they hit certain levels of maturity. Gaining muscle mass will lead to more gains in strength, speed, and agility. Testosterone levels play a key role in gaining strength and growing muscle mass. Boys will have higher testosterone levels than girls, which is why they are usually bigger, stronger, and faster. The accumulation of the testosterone hormone comes in large during the ages when puberty hits.

Studies have shown that young boys on a consistent training plan have potential to gain strength, speed, and aerobic endurance year after year during the ages of 12 and 15. Girls have also shown ability to develop athletically during these years. However, the girls rate of athletic development is much less than boys due to them having more estrogen as opposed to testosterone. Estrogen is a hormone that tends to increase the amount of fat in a persons body. This is why young girls will develop speed, strength, and aerobic endurance at a lesser rate than their male counterparts whose hormones constantly produce muscle growth.

I also find this to be true in my personal experience. I grew up doing martial arts which gave me a strong foundation of strength exercises that were mainly body weight movements. I got my first weight set when I was about 12 years old, a couple years after I started playing organized tackle football. It was a basic barbell with sand weight plates. I pumped those weights all the time. My goal was to get bigger muscles to protect myself from all of the impact of tackling that football was placing on my body. I didn’t really know what I was doing. It was only a couple of exercises that I really knew how to do at that age. Barbell shoulder press and bicep curls.

Despite the limited exercise selection, my body was still able to adapt to the constant training and I started to grow bigger and stronger. Over time I would develop a more complete training regimen and become the strongest player in my position on my high school and college football teams. This is why I always credit consistency to being the key to success.

Training is almost always going to be beneficial (except for overtraining). It is best to get familiar with exercise early while a person is still in their youth stages of development. The prime time to be developing athletic ability is during the teenage years because an athlete will have a spike in his or her hormone levels due to puberty, which will result in muscle growth and gains in strength, speed, and agility. 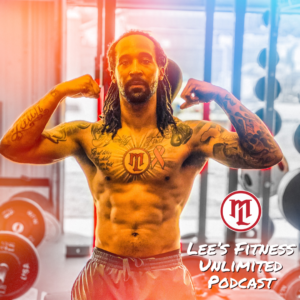