The Difference Between Strength and Power

Strength and power, as much as the two sounds similar, are actually very different.

If you’ve had an argument in the gym, the ring or even the bar that the two cannot be interchanged, you’ll be happy to know that you’re not in the wrong.

Strength and power, although are often used as synonyms are far from it and when we dive into the definitions – it’s easy to understand the difference and how to measure the pair. We’ve compared and contrasted the two so that you don’t have to keep on googling and trawling the web.

If we’re going to get scientific about it, muscle strength is defined as the maximum amount of force that a muscle can exert against a form of resistance in one single effort. This is what you expect from a traditional conversation about maximum strength and the one rep max effort.

Strength training is heavily weight related with a focus on low reps and numerous sets with personalized and custom training plans depending on the areas of strength improvements required. If the strength improvement is required for the squat for example, more heavy squats are to be cleverly implemented into a routine for development in the area.

So put simply, strength is the maximum load that our bodies can press, lift or push for a single repetition.

Muscle power on the other hand is defined as the product of dynamic muscular force and muscle contraction velocity. When measuring power, the speed at which the muscle contracts is multiplied with the force is exerts.

With recent research from Tufts University, we now know that power is a much better indicator when compared to strength for a number of performance tasks and athletic movements. Power is required for every sport under the sun, whether that’s football, golf and even darts – to an extent.

Training for power can include plyometrics such as depth jumps, hurdles, lateral hops etc. Of course power training does depend on the sport chosen and the requirements on the body that the specific sports request.

Simply put, power is the combination of force and speed and so does require strength to be more effective.

To conclude, strength is the maximum load that can be lifted, pushed or pulled for a single repetition whereas power is the speed at which muscles contract multiplied by the force produced. Power therefore requires strength to be effective and to build movements in athletic performance.

Training for strength requires a clever implementation of low rep, high set exercising with a focus on compound movements. When focusing on power, bodyweight and lower weight plyometrics with speed can be implemented into a routine for improvements in power. 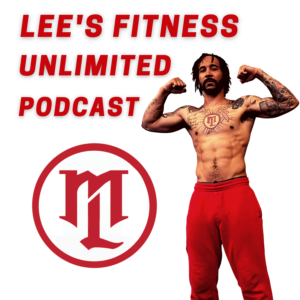